No one has ever seen the face hidden beneath the mask of Yurnero the Juggernaut. It is only speculation that he even has one. For defying a corrupt lord, Yurnero was exiled from the ancient Isle of Masks--a punishment that saved his life. The isle soon after vanished beneath the waves in a night of vengeful magic. He alone remains to carry on the Isle's long Juggernaut tradition, one of ritual and swordplay. The last practitioner of the art, Yurnero's confidence and courage are the result of endless practice; his inventive bladework proves that he has never stopped challenging himself. Still, his motives are as unreadable as his expression. For a hero who has lost everything twice over, he fights as if victory is a foregone conclusion. 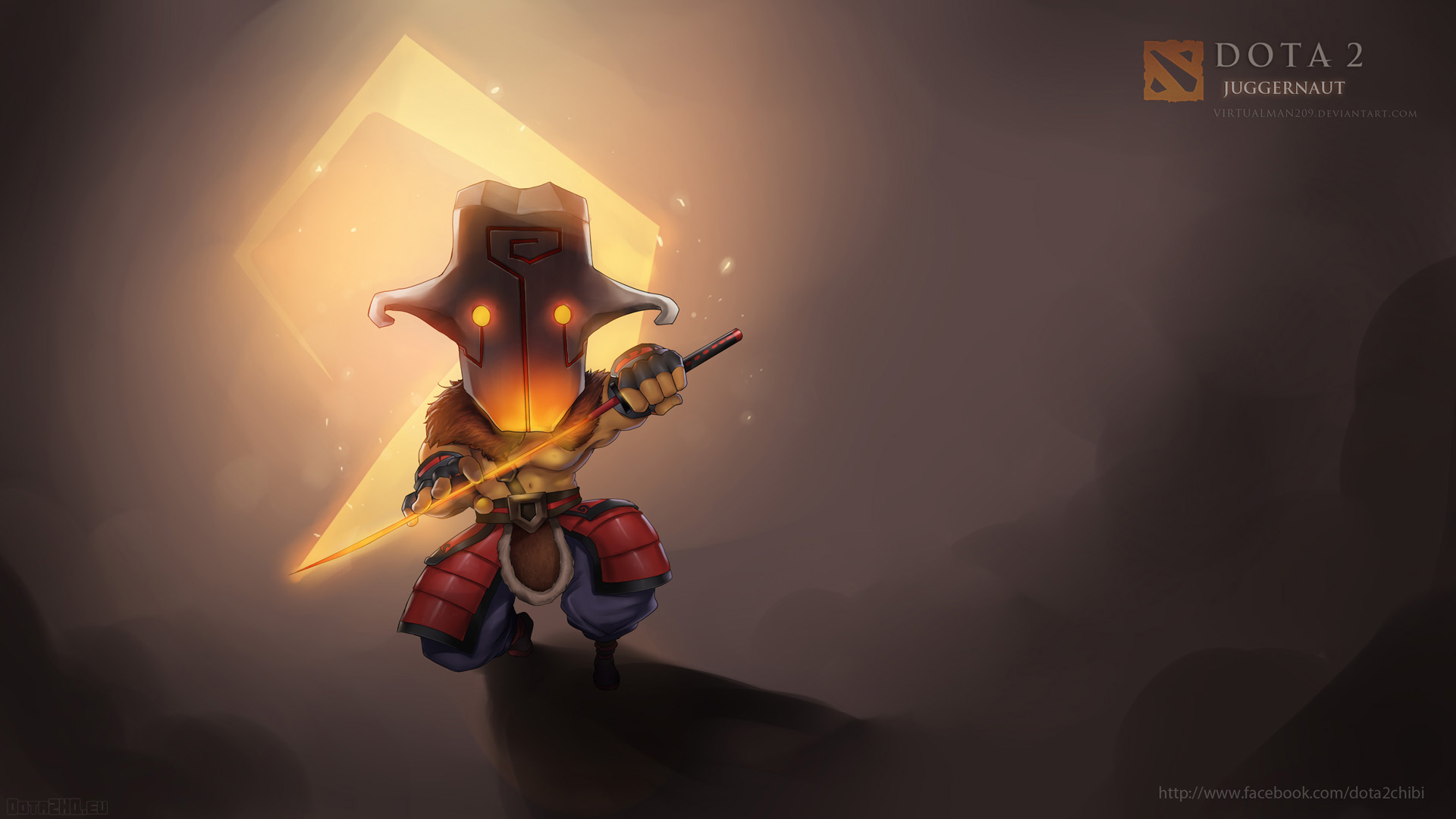 Juggernaut is a powerful agility hero that can be used as a carry or a semi-carry, he works very well with supports that are able to slow or block the enemy, allowing for Juggernaut to kill early with BLADEFURY.

Juggernaut does not scale as well into the late-game due primarily to low stat gains and low hp, but he have one of the best ultimate in the game that can kill multiple enemies very easy during late-game.
Indeed late-game you're going to kill the entire enemy team with a single OMNISLASH.

The good thing about juggernaut is that he can carry through early to late game, instead other carry that carry well only at late game.

The bad thing about Juggernaut is that her survivability is very low, he don't have stun or slow, so you need to play very careful.

Sometimes you will need to farm neutral monsters to avoid unpleasant encounters.

Blade Fury is maxed first as it is your primary source of damage in the early game until you have battle fury.
Use it for gank, engage, escape and of course for your first blood.
It works very well in conjunction with support that have slow or stun.

Healing Ward is a powerful ability, but i take it for last because this guide is focusing on the damage instead of healing and survivability.
If you have trouble in the lane, you can get a level of healing ward at level 2 .
Juggernaut can solo Roshan with level 4 healing ward, just remember to heal youself when you're under 50% life.

Blade Dance give you critical and a chance to deal double damage.

Omnislash is the best ultimate ability in the game, especially for team fight.
You can use Omnislash-Teleporting technique with Boots of Travel, remeber to use this ability when there are no creeps around.

During lane phase you need to farm for the majority of the early game, until you buy the PHASE BOOTS, then we start some ganking.

As said in the introduction Juggernaut works well with supports that have stun or slow, because he don't have debuff abilities.

Late game BLADE FURY isnt very good but with this skill paired with a slow or stun should get you a easy first blood if done correctly.
Do not use right click on the enemy, instead try to follow it and block it for deal more damage and increase your chance of a kill.

BLADE FURY is also good for escape, so do not use it for kill creeps unless you know you will be safe for its cooldown.

Ganking with Juggernaut is easy, you just need to follow them and chase with your PHASE BOOTS to deal maximum damage. Once there is no creep around the enemy you can use OMNISLASH for the final shot.

In the team battle, you need to be a ninja, choose the just time of attack, start the team battle with BLADE FURY, try to break down the most vulnerable enemies, then go back, when there are no more enemy creeps you can use OMNISLASH for finish all remaining enemies.
Of course, you need always to follow the focus of your team.

Start running when you have half health, because juggernauts is very weak, so spam BLADE FURY and run.

If enemies follow you, try to use OMNISLASH in 1 vs 1 when the enemy have low life and is far away from creeps.

Another good way to escape is to using the Blade Fury-Teleporting technique.
If you have a BOOTS OF TRAVEL, cast BLADE FURY first and then use Teleport.

At level 11 is where your ult really becomes deadly in team fights, before that level, it will be mostly used to just finish off an escaping hero.

How you could see Juggernaut is a very versatile and powerful Hero, both early and late game, BLADE FURY is the most important ability especially in the early stages, but not only.

Just try to figure out when to attack and when to escape, and always make sure you have enough mana to use Blade Fury and Omnislash.
LOGIN OR REGISTER TO POST COMMENTS
OTHER GUIDES FROM USER