Ullr
The Glorious One 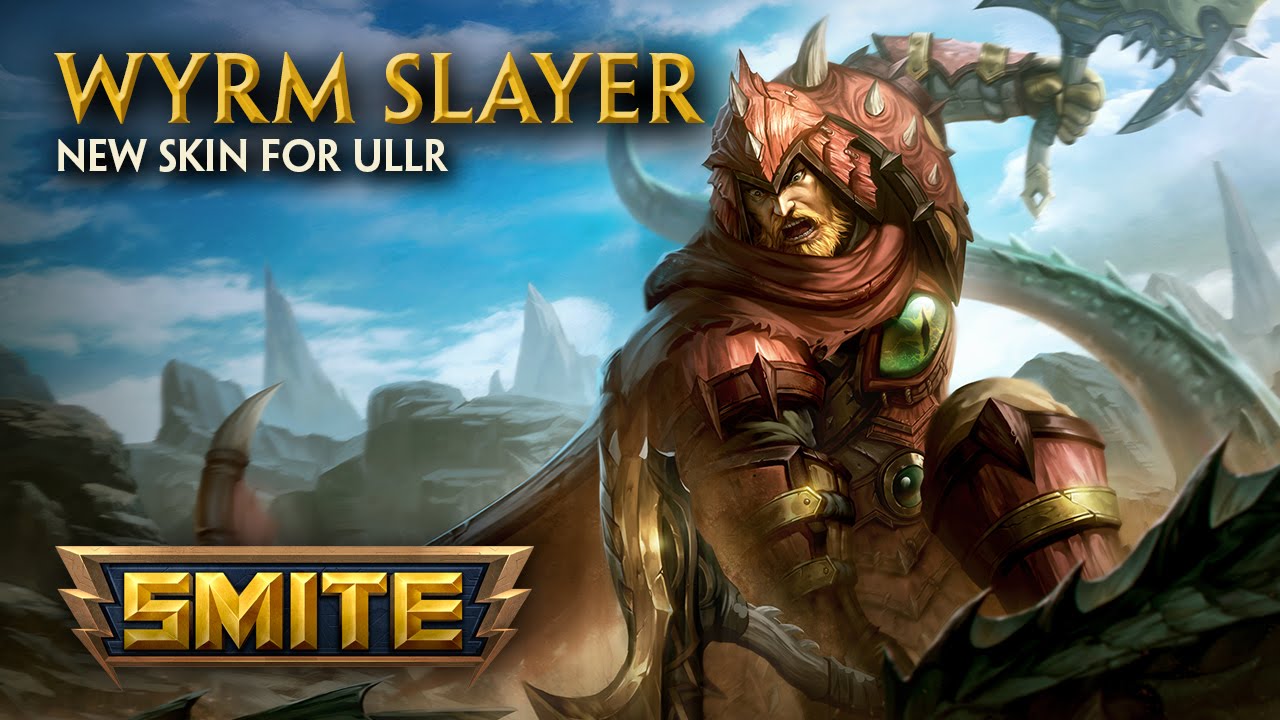 Hello! First off I just wanna thank you for taking the time to read this guide. Now this may not be the most professional guide around and I may not be the best Smite Player in the world, but if you wanna know how I build MY Ullr then go on ahead and continue to read this guide. Now I will warn that the builds contained are NOT, and I repeat NOT always effective. Sometimes it works out very well and sometimes I lose. Whenever I play Ullr I usually do fairly well as him so hopefully this'll work out for most people. This will contain a full explanation of his abilities, ways to combo, and understanding how he works as a god to maximize him completely.

Regardless, enjoy my guide!

Now for those of you who like to main Hunters this may seem like the more usual build. Even then this is still an awkward build with the fact it involves items such as[Asi or even Breastplate of Valor should you choose to go down that path. I would like to mention, as said earlier, that many items in this build combine very well together. (I will also explain how the situational items work.)

As you already know from the solo build Asi and Jotunn's Wrath goes together since they offer physical penetration. You'll have high Pen which will devastate guardians and even Warriors. Should you choose to add[Titan's Bane or Brawler's Beat Stick as your last item you'll have an overflow of Physical Penetration which'll just tear down protections. Asi provides lifesteal and attack speed whereas Jotunn's Wrath provides physical power and Mana. Jotunn's Wrath also provides mana and CDR, also known as CoolDown Reduction.

In this build Qin's Sais and Asi also go very well together. They both provide a decent amount of attack speed, which builds onto the natural attack speed Ullr gains. Qin's Sais, or as I call them, Win Sais, is a very good item because it takes away 4 percent of a god's HP upon each hit. This is a hard-hitting item that can be very useful to him.


Items like Brawler's Beat Stick or Titan's Bane are useful since they both provide Physical Power and Penetration. Breastplate of Valor is a good item as well since it provides protections and Cooldown Reduction. However this is optional.


Transcendence is a stack item that increases your overall mana per stack. This item ALSO increases your physical power for 3% of your mana. So if you have 1800 Mana you will have around 50-60 extra power. That's a large amount! This item combos well with things such as Jotunn's Wrath and Breastplate of Valor. The reason why I would build Jotunn's Wrath and Breastplate of Valor is because they give max Cooldown Reduction.
[Qin's Sais as an item is very nice on hunters as it provides a healthy dosage of power, a decent bit of attack speed, and it's passive works well against High Health enemies. This could combo well with the build and with Ullr as he has passive Attack speed. It also takes away 4% of an enemies's Max HP in extra damage. That may not seem like much at first but it quickly builds up within 5-10 shots.
Asi, as an item, is very nice for people looking for an easy and cheap way to get Lifesteal. It provides 15% lifesteal, which is a nice amount when stacked onto his 25% passive lifesteal, and it also provides 15 penetration and 20% attack speed. It stacks with his bow passive, axe passive, and provides penetration. It also provides 25% bonus Lifesteal when you drop below 35% HP. For anyone with 2 thousand HP that would be roughly around 700 HP.

You heard right. Ullr has 6 abilities. You will always have access to three unique abilities depending on which stance you are in.


Let's explain his stances. Ullr, like Tyr and Hel, has two stances he can be in. Each stance gives him unique abilities and increases specific stats. His switch stance ability is his fourth ability, called Wield Axes/Wield Bow, and I like to categorize each stance through his abilities. At the beginning of the game you can switch in-between stances as freely as you choose and it costs NO mana.

His 'damage' stance, which is his bow/Wield Bow, passively increases his Physical attack speed by 5% per upgrade up to a total of 25% attack speed increases. So while using the bow he attacks faster. His abilities in this stance are great for taking out waves and killing targets from far away.


His 'movement' stance, which is his axes/Wield Axes. passively increases his Physical Lifesteal by 5% per upgrade up to a total of 25% Physical Lifesteal. His abilities in this stance are great at immobilizing enemies and helping him close the distance.


This is a pretty simple one to understand. It reduces the cool-down of the abilities in your other stance by 1 second for each ability used in your current stance. Ullr has EXTREMELY long cool-downs on his abilities (each one taking around 10 seconds or more if I remember correctly.)

If you activate this ability while in Ullr's First stance, Wield Bow, Ullr will fire an arrow that travels in a straight line through all targets. This is similar to Neith's ability Spirit Arrow or Rama's Astral Strike

If you activate this ability while in Ullr's second stance, or Wield Axes, Ullr will throw an axe in the direction he is facing. Whoever the axe hits first is stunned for 1 second up to 1.4 seconds. This is useful for hitting an enemy trying to run away, or to stun someone out of an ability. For example, you can use Thrown Axe to stun Bacchus out of Stun ability Belch of the Gods.

If activated Ullr will have an increase of Physical power, up to 50, for 5 seconds. This applies to all his abilities and his basic attacks.

If Ullr activates this ability he will have an increase of movement speed, up to 40%, for 5 seconds. If you switch stances I believe the bonus movement speed remains.

When activated Ullr will fire a group of arrows at a target location. This AoE damages all enemies within it and can be used as a snipe.

In his second stance [[Ullr]] jumps to a target location and deals damage. He can leap over some walls and this is a useful get away.

1Combing with Ullr and his Abilities

Now let's explain how to combo with these to make you as effective as possible in the field.

When returning to lane it is a smart idea to activate Invigorate as you leave spawn. Once Invigorate has run out you can use Glory Bound to jump forward to increase the distance traveled.

When in lane it is a smart idea to use Expose Weakness and Bladed Arrow to clear out minion waves. The increased damage buff will make you deal more damage to them.

If you want to catch a running god it is a good idea to use [[Ullr]]'s Invigorate to catch up to them. Use Glory Bound if you need to close distance. Once you are close enough use Thrown Axe to stun them and catch up.

If you want to snipe an enemy god low on health it's smart to use Expose Weakness and then Hail of Arrows to snipe an unsuspecting enemy. Watch out though as they can sometimes see this coming.

This one is more advanced and nearly uses all of his abilities. One way to engage in combat is to use Glory Bound to leap into combat. Once you have done that use Thrown Axe to stun the enemy god and then use Switch Stance to go to Wield Bow. Once this is done activate Expose Weakness and then Bladed Arrow to hit the target. If you have the time use Hail of Arrows immediately afterwords.

2Pros and Cons of this Build

So in Conclusion Ullr is a very difficult god to learn. He's got so many abilities and such that it takes a bit to understand him. However once you learn how to play him you'll become a strong god in games. Ullr is a great god once you've learned how to play him and can do well.

I haven't played Ullr enough this season to know how well the ADC build works, but I'm almost certain that my Solo still does. I just need to play a bit more.

Anyways, thank you for reading this Guide! If you enjoyed this please make sure to check out my other builds and Guides. Please comment what you think because ALL criticism is good criticism as long as you aren't being rude. 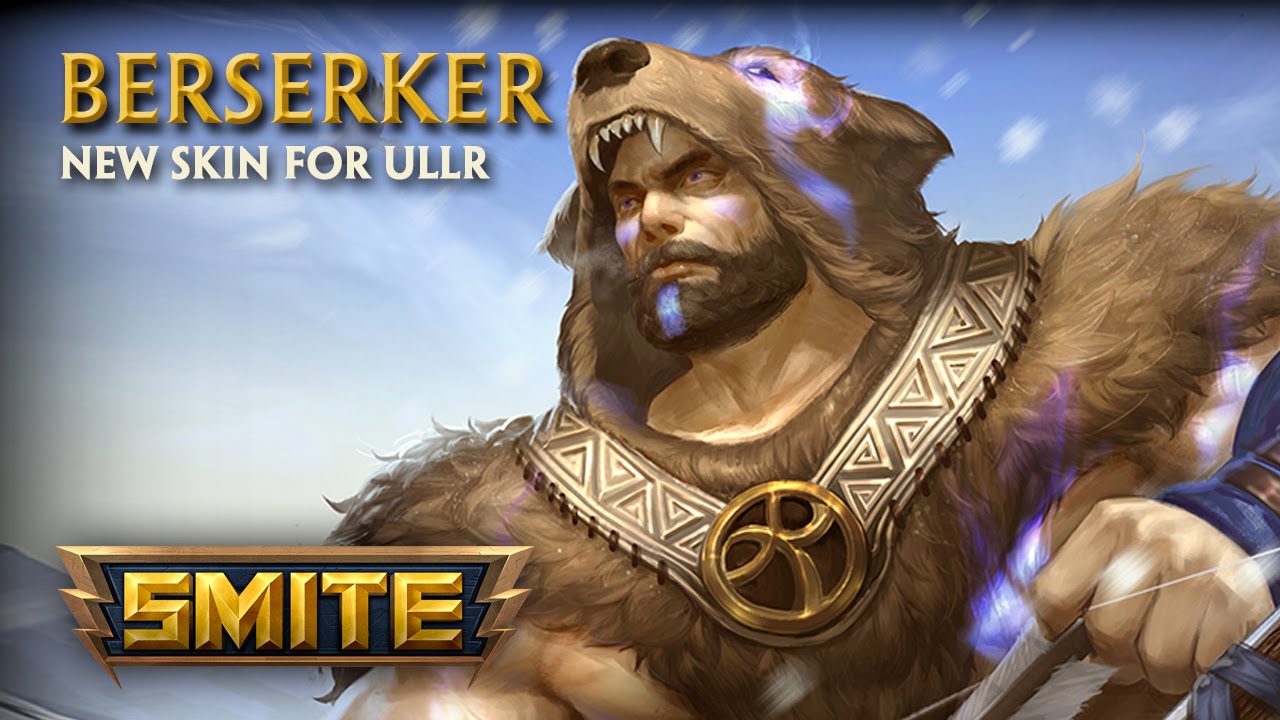